I have tried during this process of STEPS to be less self-absorbed and less first-person narrative than usual, and have tried to write in a way that was open and “user-friendly” for all who cared to read.  Less me-me-me, I-I-I, and more us & we,  but we are near the end of this series, so this morning I am thinking about myself…STEP 20 is, of all the steps, the one that has most profoundly turned me right-side up.  I had felt for too long like I was drowning, but I realized during this 21 STEP program that it was because I was holding my own head under the water, trying to float with cinder blocks knotted to my ankles, trying to tread water with my hands tied behind my back…when all I had to do was turn my head and I could breathe…STEP 20 has made me change the way I see everything, and I will try to do it for the rest of my life, &  if you are feeling like you are drowning or that you’ve fallen and you can’t get up, or that you just can’t go on one more day with the way things are, here is my advice to you… STEP 20 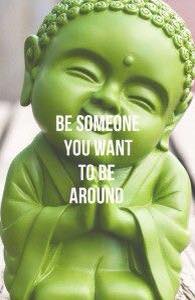 I had let the one difficult situation of my life take up all the spare thoughts in my head, for months on end.  I had allowed the negative thoughts about the one thing in my life that has not been going so well, to bully the positive thoughts about all the wonderful things that go very well day after day.  I had let the voices in my head who say the mean things, be so much louder than the voices who remind me of the nice things.  I was booing at myself from the stands instead of being a cheerleader.  I was short-tempered about everything and irritable towards everyone.  My fuse was short and my eyes had lost their sparkle.  I KNEW it was happening, I could feel it, I could see it in the mirror, but I just could not, no matter how many books I read, figure out how to stop, HOW to stop doing it to myself.   I have so many girlfriends who I really like and I really enjoy and I was canceling plans and not responding to invitations…I was isolating myself and comforting myself and I had become somebody I didn’t really like, and I discovered that when we let that happen, nobody else really likes us either.

To be clear I had indeed known for some time that I was feeling so negative and so unlike myself, I’d talked to friends who used meditation, I’d talked to friends who used medication, I’d talked to friends who used exercise, I’d talked to so many friends about what they do to “fix” the cracked bits of their lives,  but it took the little blonde haired wonder who lives next door to me to help me glue the broken parts back together… She had one of those cheap plastic $.99 cent cups in her hands, it was pink with Rapunzel on it, and she was sitting at my breakfast bar and she squeezed the Rapunzel cup from the bottom and held it on its side so the open part was facing me, and said to me, “Nana I am tired of seeing this face” and the plastic cup was squeezed into a frown, and she then grinned and pushed the cup down from the top, and said, “I like this face better” and the plastic cup was smiling…it hit me, WAY harder than one would think possible…I went into my bedroom and I cried…not a heaving sobbing just finished watching Terms of Endearment or Steel Magnolias cry, but there were tears and nose blowing.  I cried for two reasons; one that this little granddaughter who I love so much recognized something in me I was failing to address, and two, that I have a really wonderful life and had let the one thing that is a bummer and has absolutely been difficult and been a drag, weigh down all the other parts of my life that are fabulous…she, with those squeezes to the center of a plastic cup, made me see so clearly.

With two squeezes of a plastic cup, the little blonde wonder next door revived me so completely, so lovingly and so honestly, and I became fully aware & totally awakened that it is ONLY me who can change the way I see myself, my life, and my world.  Nothing of what was “wrong” in my life can be fixed immediately.  Nothing of what was wrong in my life can be fixed today either, and it won’t be repaired or resolved or remedied fully before the end of the summer, but it has been addressed and I am taking deliberate steps to change it.  I do not have the magical skills of Samantha Stephens to wiggle my nose and fix anything; I do however have the skills of a woman who knows to focus on the positive, not dwell on the negative, who knows that with patience and deliberate actions she can change anything that she wants to change, and who acts like the friend she’d want to have…